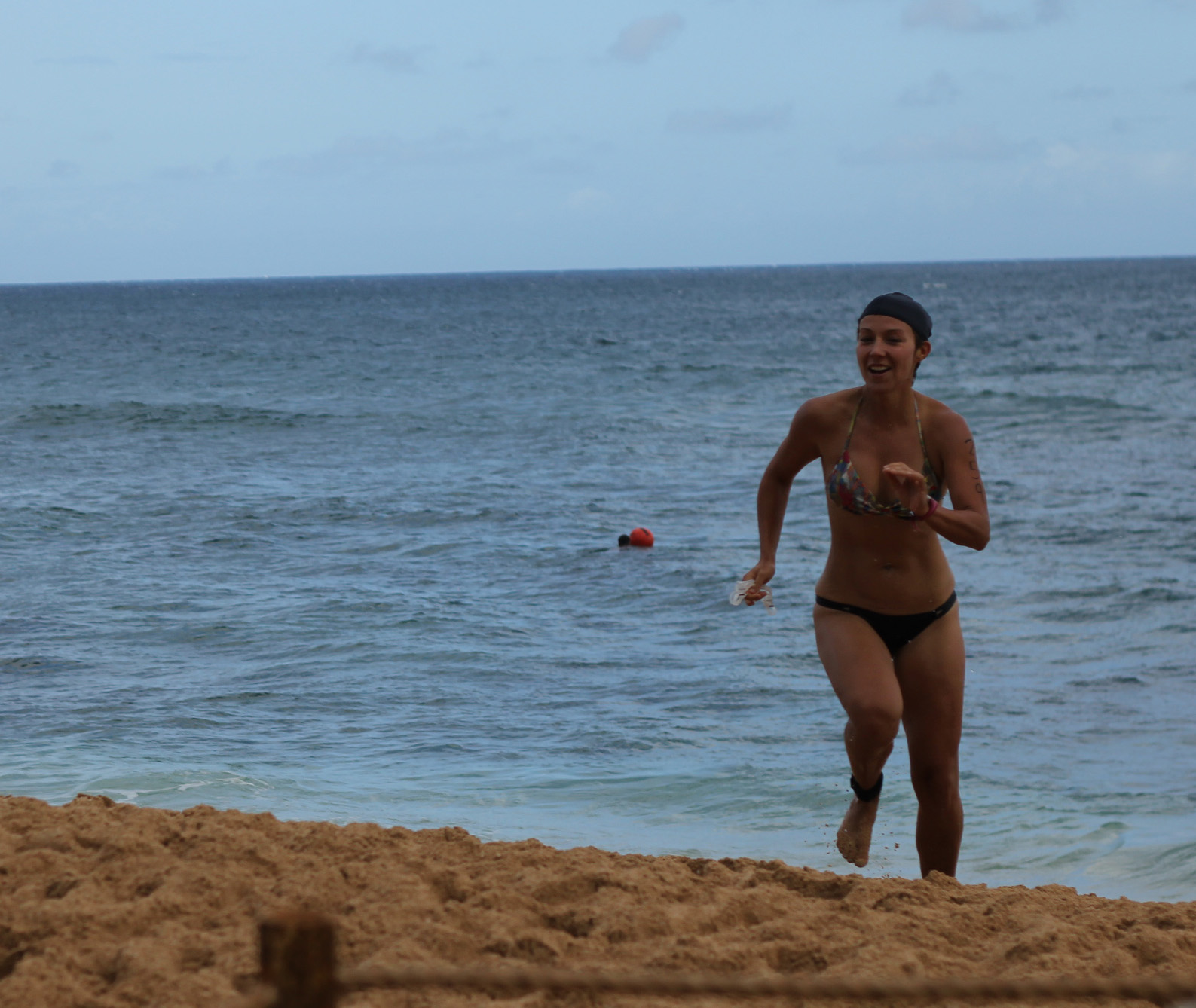 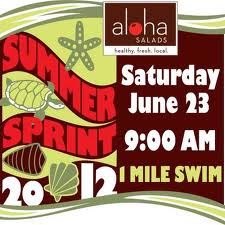 Saturday morning I was standing on the North Shore with 700 other swim cap clad racers, wondering whether or not I was going to be the last person to finish the 1 mile open ocean swim from Sunset Beach to Pipeline. I’d be a disgrace to my profession! I trained for this race on the South Shore, doing laps at Kaimana, but I had never swam this route before and I was very nervous. I’m a super slow swimmer, and to be honest the ocean freaks me out a little; I don’t like being at the mercy of the current and waves when I’m in the water.

This race had an water start, and the men and women were divided into two waves. My stomach was doing somersaults as I swam out to the buoys. Just as I arrived, the second start went off and all of the women started swimming past me. After the first 15 minutes, the majority of the pack had sped off out of my line of vision. It was just me, a handful of other stragglers, and the entire ocean safety squad keeping a close eye on us.

Everything was fine, and I was cruising along at my steady, yet slow pace until I hit Rocky Point. In the summer the North Shore of Oahu basically flat; big waves make their appearance in the winter. So the waves that were breaking at Rocky Point this weekend were teeny tiny by North Shore surf standards, but swimming through waves is an entirely different story! I kept being pushed around by the water and the current was kicking up a bit too. I felt like the reef below me wasn’t going anywhere, and I was getting really frustrated.

Luckily, my now personal lifeguard was there to help direct me past the breaking waves. It was really difficult to figure out where I needed to go with the waves crashing over me. I rounded the point, and I could see the finish up ahead! But again it felt like the ocean was conspiring against me, and I wasn’t making any noticeable progress toward shore. I paused to tread water and take a quick break. And a brief cry into my goggles. I couldn’t get too emotional because I had to keep swimming! There was no way out of this except to finish, because I’d be dammed if I’d already been in the water 45 minutes and then gave up.

Just me and my safety squad

My lifeguard (and now my coach too) pointed out the finish line buoys up ahead. He encouraged me to keep going, that I was so close! I looked around and didn’t see ANYONE else in the water. “Am I last?” I asked him. He looked around behind him and shouted “No!” That was the last little push I needed! I sped (well sped for me, anyhow) past the buoys and fought the waves to run up onto the beach. I have never been so excited to be almost last in my life!

This race was really tough for me, both physically and mentally. I’m glad I did it, but I’m also glad it’s over! 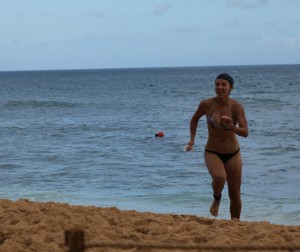 Feels good to be on dry land!